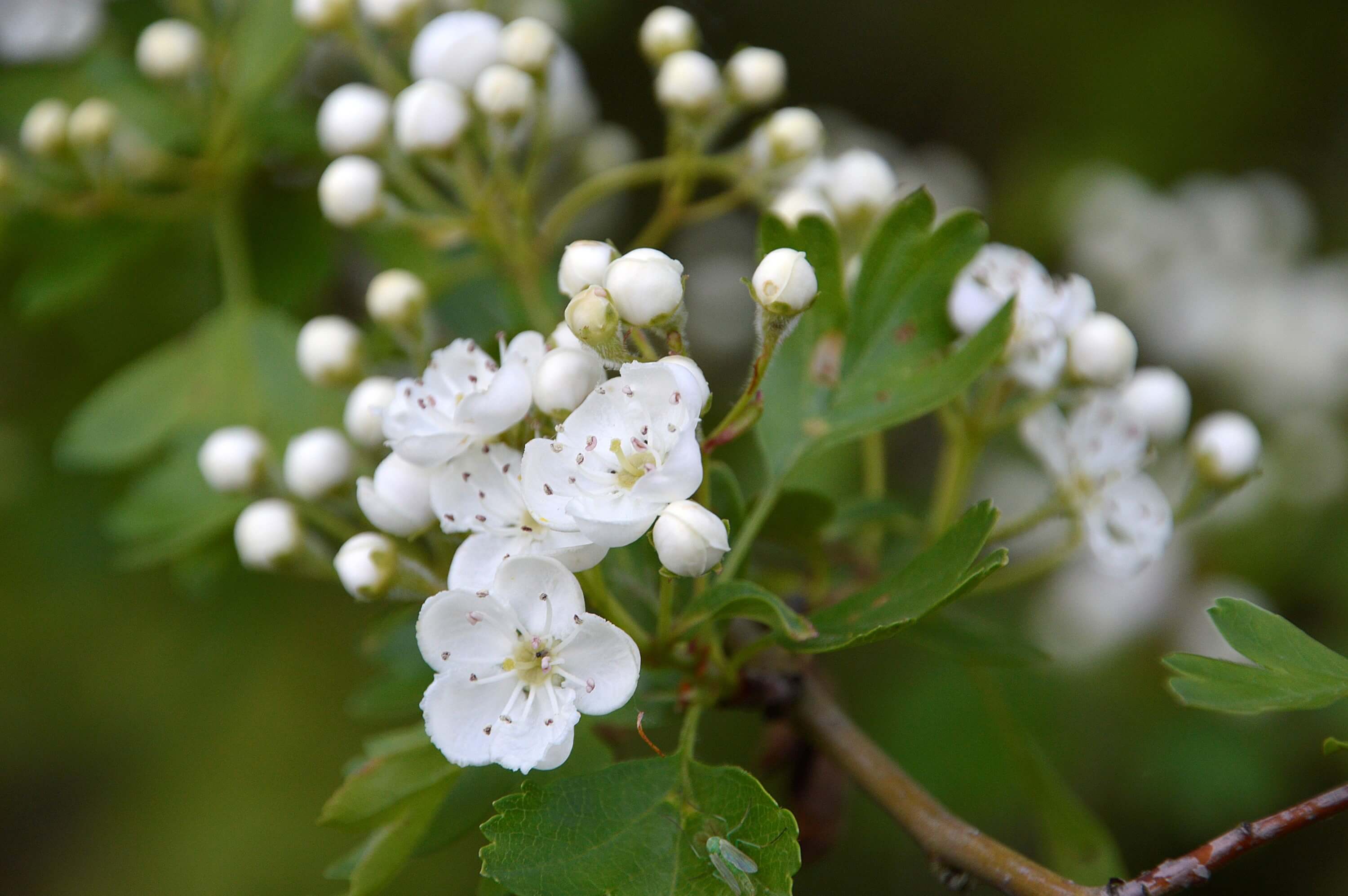 Medicinal plant of the year 2019

The genus of Hawthorne (Crataegus) is part of the Rosaceae family and counts approximately 200-300 species in the northern hemisphere. However, exact identification of the species is nearly impossible since the plants lean towards crossing with one another. The Hawthorne or whitethorn can be distinguished by their radiant white flowers and the thorne covered branches. In the fall it carries red fruits

In earlier eras, the Hawthorne was not only used as a food source due to its fruit but also for building protective barriers around farmyards and also whole villages.

In Iceland, the Hawthorne is called „Svefnthorn“, which would be translated to sleepthorne and can be found as the guardian of sleep in many Nordic sagas. The fairy Vivianne supposedly used hawthorn to put the Celtic wizard Merlin to sleep in order to rob him of his magical abilities. Odin also used the powers oft he Hawthorne to put disobedient Valkyries to sleep.

Today the Hawthorne still finds it’s purpose in the food industry where its fruits are processed into gelees and jelly. The leaves and blossoms contain oligomeric procyanidins and flavonoids which are attributed to cardiotonic effects and are often used in pharmaceutical technology.