Home » WHO gives the green light to Thimerosal

WHO gives the green light to Thimerosal

WHO gives the green light to Thimerosal, the vaccine preservative containing mercury

Nora Dellepiane, Head of the Department of Vaccines, guarantees that it poses no hazard to human health.

After the recent meeting in Geneva of the Intergovernmental Group on the use of mercury in vaccines, the World Health Organization, (WHO) ratified that Thimerosal poses no hazard for human health. Thimerosal is a preservative that contains mercury.

The conclusion is not without significance. Countries such as the USA and Chile had already forbidden the use of this preservative in vaccines after the warning issued by the American Academy of Pediatrics. In 1999, the AAP warned about the dangers that Thimerosal could bring about for the human body and the risk it might entail for children health.

The opinion of a specialist 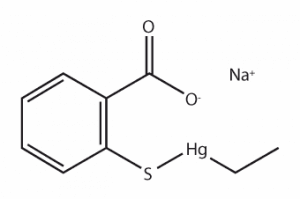 Nora Dellepiane, Head of the Vaccines Department of the WHO since 1996 and a specialist in microbiology, has been working for 30 years in the quality of vaccines. She explains in this interview the implications of questioning this preservative, considered as the most effective produced so far.
Thimerosal

«The WHO ratifies the conclusion drawn by recent additional studies, as well as previous ones, that there is no risk for human health in the use of Thimerosal as a preservative. There is no human health threat on the basis of the Thimerosal concentrations that can be found in the vaccines», she stresses.

The ex coordinator of the National Laboratory of Biological Controls of the National Microbiology Institute Malbrán, (now called Anlis), in Argentina, explains that the problem arose in 1999 when the American Academy of Pediatrics warned against the dangers in the use of mercury for the human body and the threat it could pose for human health.

«The Thimerosal included in vaccines is an organic mercury compound, called ethyl mercury. Instead, the most common source of mercury in the human body is methyl mercury, mainly derived from food intake, especially from fish and sea shells», explains the Argentinean scientist.

She adds that when the warning was issued, the mercury concentration levels hazardous for human health were estimated on the basis of methyl mercury.

At the time little was known about the similarities and differences of methyl mercury and ethyl mercury. Everything was placed in the same basket. Thus, it was considered that the ethyl mercury, which is the Thimerosal used as preservative, had the same risk level.

«Henceforward, the WHO and other international organizations conducted a series of pharmacokinetic studies to determine the similarities and differences in these mercury compounds. Two main differences were found», explains Nora Dellepiane.

The first difference is that methyl mercury exists in the organism at high concentrations because it is derived from food intake, whereas the ethyl mercury contained in the vaccines as a preservative is found at very low concentrations.

The second difference is that the methyl mercury contained in foodstuffs is accumulated in the organism because it has a long medium life (half-life). Instead, ethyl mercury or Thimerosal does not accumulate and it is cleared from the organism in just a few days.

«So in principle, there was no problem. However, several studies appeared suggesting a possible link between Thimerosal and autism and other type of neurological disorders. Several studies were performed on children suffering from this type of disorders that had received the vaccine containing the preservative».

«All possible alternatives were taken into account but no link was found. There was no scientific evidence supporting the link between the preservative in the vaccines and the ulterior development of a neurological disorder».

Despite these two evidences, the differences between the two components (methyl and ethyl mercury) and the absence of any links, the WHO launched other studies. The WHO was considering the possibility of replacing this preservative in vaccines with another substance, also effective but less controversial. However, they could not find an alternative.

Moreover, – adds the scientist – you have to bear in mind that the Thimerosal is used in multidose vaccines. This is a very important fact because, if we are talking about mono-dose vaccines, the preservative is no longer necessary. However, the majority of the vaccines distributed worldwide are multidose. Therefore, they need a preservative.

A multidose package, containing 20 vaccines, is kept in the freezer and the 20 vaccines can be applied in different time periods. Therefore, if no effective preservative is present, after the second or third dose, the vaccine could be contaminated and it could kill a child.

Later, the use of single-dose vials was considered. However, that was very difficult. After consultation with the manufacturers, it was clear that the capacity of the filling units would not be enough for satisfying the demand of vaccines worldwide (a filling unit is able to supply 100,000 vaccines per day).

«There was also the issue of costs and, finally, on the basis of all the studies, the WHO decided that the use of Thimerosal should continue as there was no ground to replace or eliminate it».

The WHO has supported this position till the creation of an Intergovernmental Committee to reach an agreement between countries. This agreement should be legally binding in view of eliminating possible mercury sources due to their potential environmental impact.

Producers have been consulted anew. Two possibilities were studied: there are two preservatives already approved, the phenoxyethanol, used in the inactivated polio vaccine) and the phenol, used in the typhoid fever vaccine. These two preservatives were approved in other vaccines. However, there were found to be less effective that Thimerosal. This discouraged the search.

In addition, changing a preservative in an already registered vaccine is not an easy task. The change in the preservative could impact the potency or the stability of the vaccine, therefore changing the product. This would imply a new formulation and it could even lead to it been considered as a new product.

If it is considered as a new product, this could require new trials on animals, clinical trials in humans, filing a new registration with the competent health authorities. All this could take several years and the cost is very high. Manufacturers are not very interested because they cannot charge a lot for these vaccines.

Summarizing, concludes Nora Dellepiane, there are no good enough alternatives, they are costly and, probably, not better than what we have now. The other option, based on single-dose vaccines, is not viable from an economic standpoint: it requires cold chambers that are not available in a lot of countries; it would increase transportation costs and it is not environmentally friendly as it would increase waste.

Even the indigenous peoples used the roots of the plant as a remedy and it is also used in modern phytotherapy: black cohosh. While it used to be used to treat...

Researchers have succeeded in producing pharmaceutical cholesterol from plant-based raw materials using a highly effective process. This opens up new possibilities, especially in vaccine production. In this way, large quantities...

Medicinal Plant of the month August: the goldenrod

Goldenrod has been used to treat urinary tract infections for more than 700 years. The goldenrod's Latin name, Solidago, means 'healthy'. So it is no wonder that it is...