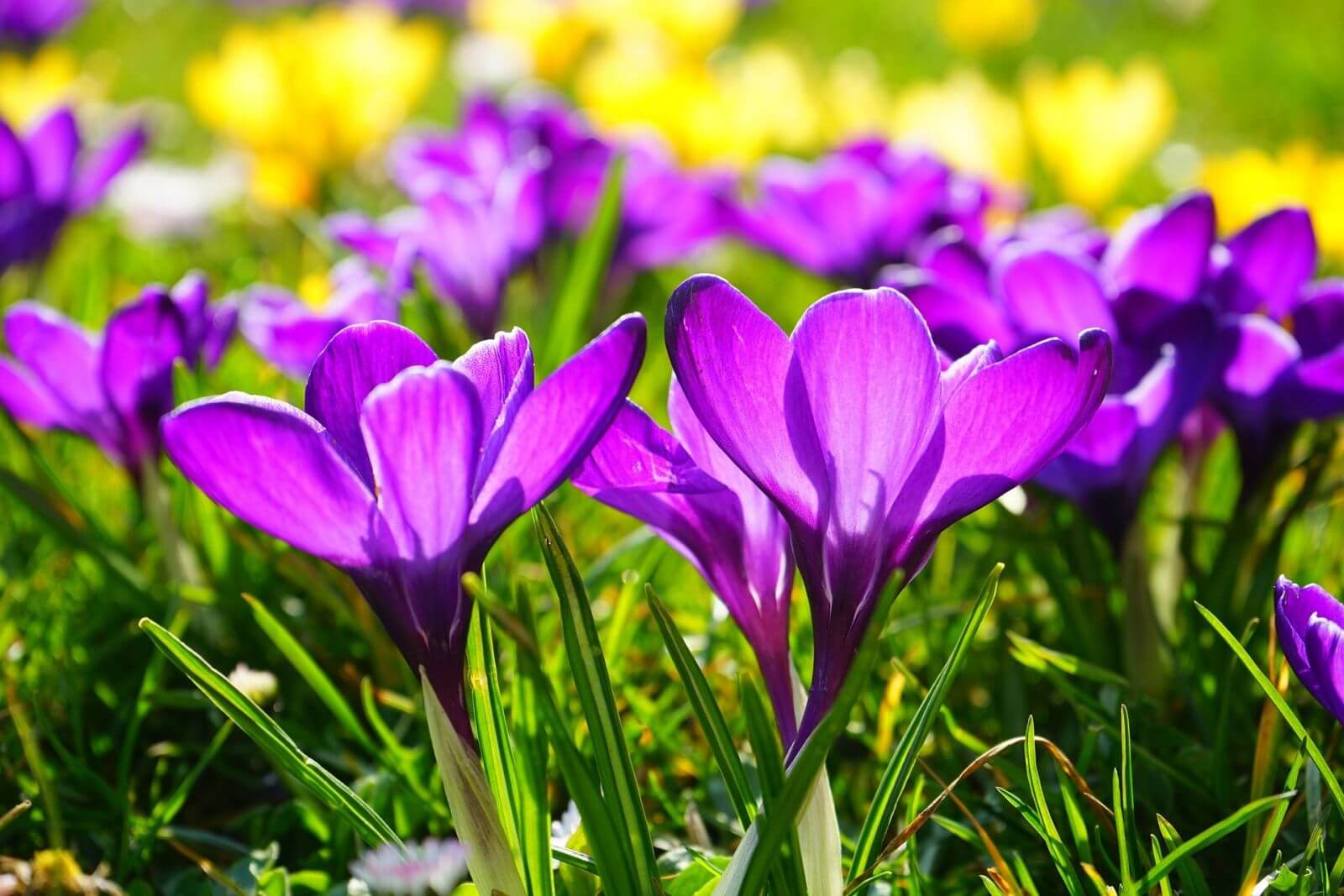 Crocuses – more than heralds of spring

No sooner has nature awakened from hibernation than the first specimens appear in parks and gardens and some species even add a few splashes of color in autumn: crocuses.

The number of botanical crocuses can be estimated at around 80 to 120 species. Wild species, i.e. hybrids, can be found in moderate latitudes in Europe, Asia and North Africa, as well as from Italy through the Balkans to Turkey and the Caucasus.

You will also find crocuses in the wild in Germany. However, these were also planted at some point. Incidentally, you can admire a particularly beautiful sea of flowers made of purple crocuses in March and April in the Husum Castle Park and on the Zavelstein in Baden-Württemberg.

If you want to find wild crocuses in our areas, you have to keep an eye out for white crocuses (Crocus albiflorus) in the foothills of the Alps and towards the Berchtesgaden Alps. Of course, this crocus species also came to Central Europe a long time ago by human hands.

As mentioned at the beginning, the crocus belongs to the iris family. While the iris develops rootstocks, the bulbous tubers of the crocus are more reminiscent of gladioli. The crocus flowers are cup-shaped and rather plain. The dainty plants themselves are extremely hardy – their flowers, however, are very sensitive and react to even the smallest temperature fluctuations with closing movements.

Crocuses feel most comfortable in permeable soil – caution is only required in waterlogged areas. In spring the soil should be moist, in autumn rather dry. It is best to plant the tubers five to ten centimeters deep at the end of September. Caution: If the plants are in a sparse lawn, only mow after the leaves have yellowed.

Crocus as a valuable supplier of spices

Did you know that a special kind of crocus is even cultivated to obtain a precious spice? We are talking about saffron (Crocus sativus), an autumn crocus. It is mainly grown in India and Persia. It is believed that he once came to Mesopotamia from Greece via India. The saffron cannot form seeds itself – it is propagated via the tubers.

The saffron flowers are picked as soon as they open, the stigmas are removed and dried. The bright yellow color of the spice is particularly striking – this is due to the carotenoids. The so-called saffron bitter (picrocrocin) and the essential oil safranol are responsible for the fragrance and the slightly bitter taste.

Saffron is toxic in high doses and was used as an abortifacient in ancient times. Saffron is lethal from a quantity of around 10 grams. With a gram price of 4 to 14 euros, an overdose of the precious spice is unlikely to happen. But: Even a simple mix-up can lead to death. The highly poisonous autumn crocus looks deceptively similar to saffron. If you take a closer look, you can see the difference in the flower. While the autumn crocus has six stamens per flower, the saffron has only three.

People have valued the precious saffron as a remedy since ancient times. Saffron is said to have a positive effect on learning and memory. Responsible for this are the crocins, which are known for their strong antioxidant effect.
Crocus is used in homeopathy primarily to stop bleeding and to relieve mood disorders – for example, for complaints before and during menstruation.