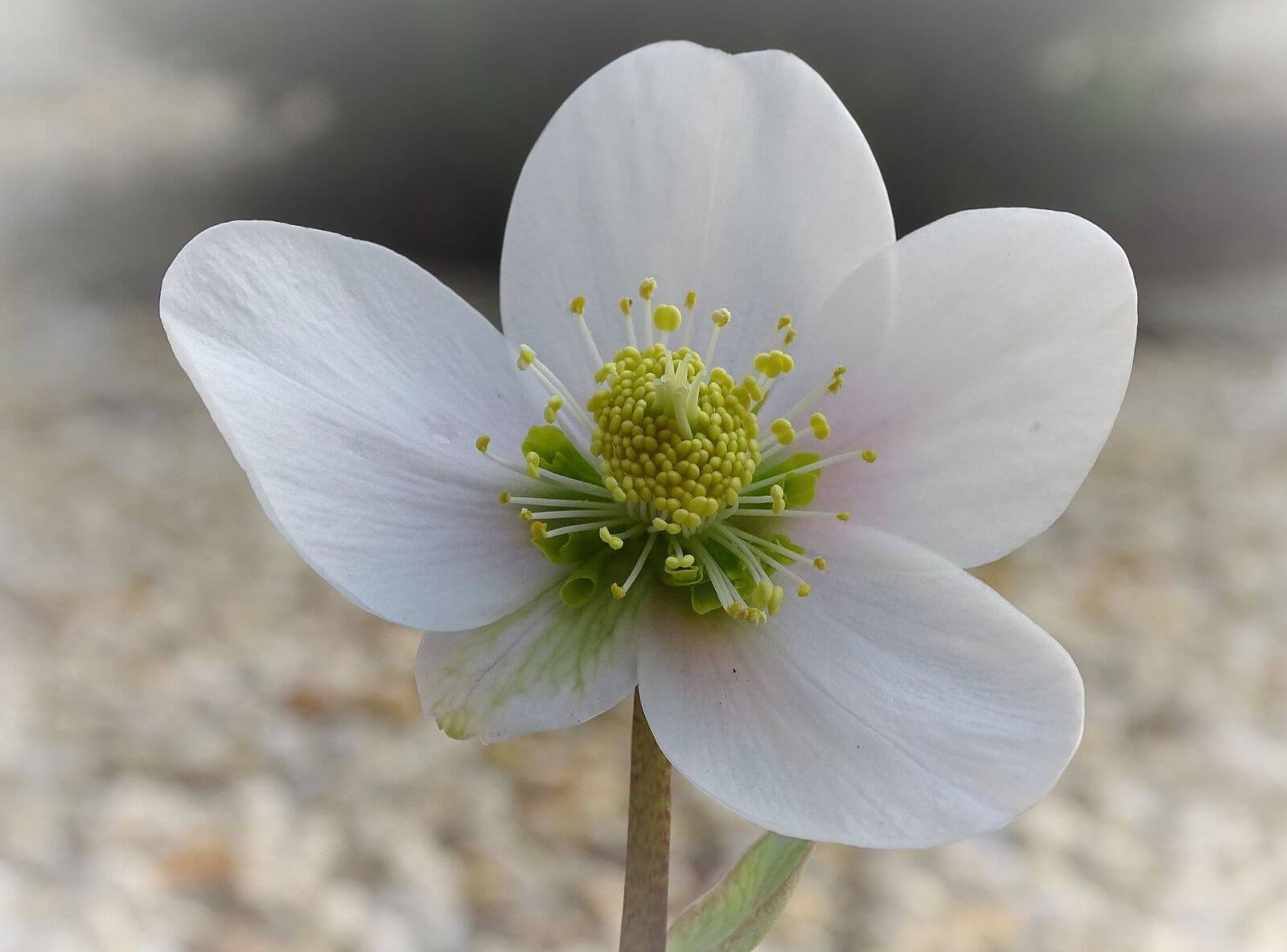 Usually it is known as Christmas rose, sometimes also as black hellebore (Helleborus niger): the snow rose. It belongs to the buttercup family (Ranunculaceae). With its striking white flowers, it is also very popular as a garden plant.

The evergreen and perennial plant reaches a height of 10 to 30 centimeters. Particularly noteworthy: under good conditions and in suitable locations, snow roses can live up to 25 years.

Flowering time from February to April

The snow rose flowers from February to April. Depending on the snow and altitude, the flowering period can begin as early as November and last until May. The flowers reach diameters of five to ten centimeters. The perianth consists of five sepals. The petals secrete nectar and smell much more intense than the perianth. They also absorb UV light, thereby attracting UV-sighted insects such as bumblebees or bees. Due to the cold season in which the snow rose blooms, pollination by insects is not necessarily guaranteed. But here the plant helps itself in another way: the stigmas remain fertile for a very long time and, in an emergency, can also absorb their own pollen for self-pollination. Incidentally, ants and snails are often responsible for the further spread of snow rose seeds.

The snow rose is commonly found in the northern and southern Alps and the northern Balkans. It grows from the valley up to an altitude of 1,900 meters. In Germany, the snow rose is actually only native to Bavaria. The plant prefers slopes, beech and mixed beech forests and spruce forests as a location.

Saponins and protoanemonins – the snow rose as a poisonous plant

If you want to keep the snow rose as a garden plant, you first need patience, because: The perennial only forms a densely bushy stock after a few years. It prefers partial shade and thrives best in humus-rich, well-drained, alkaline soil. But be careful: the young shoots of the plant are a favorite food for snails.

Ingredients such as saponins and protoanemonins make the snow rose a highly poisonous plant. The genus Helleborus also contains cardiac toxins, Helleborin and the steroid saponin Hellebrin. In principle, all parts of the plant are poisonous – but the highest concentration is in the rootstock. Symptoms of poisoning are dizziness, diarrhea and collapse.

In ancient times, the roots of the snow rose were used to treat epilepsy, melancholy and heart failure. Today, however, its toxicity prevents its use as a phytotherapeutic agent. It is only used in homeopathic preparation.