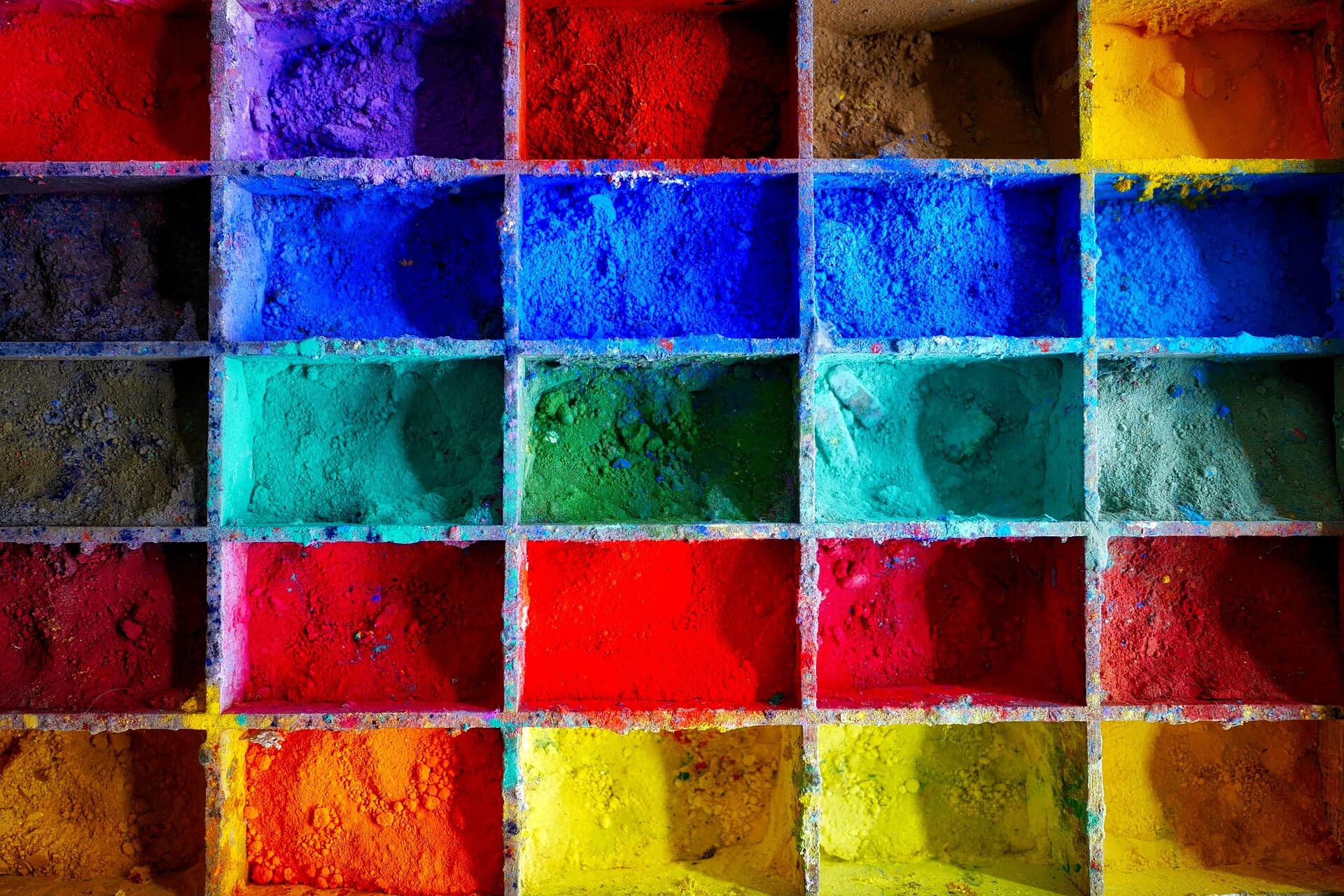 Metal oxides for a colorful life

Metal oxides are compounds between metal and oxygen. Due to their properties, many oxides find extensive technical use, for example in corrosion protection, in catalysis, in fuel cells or ceramics. They are also of great importance when used as a pigment.

Pigments give paints, lacquers and crayons their hue and are used to color textiles, plastics, cosmetics and candles. They can be divided into inorganic and organic pigments. Of course, metal oxides belong to the first group. Even early humans used inorganic pigments in the form of earth colors for their cave paintings. Types of earth get their different colors from the metal oxides they contain. Pigments made from metal oxides can occur both naturally and synthetically. For economic reasons, nowadays mainly synthetically produced metal oxide pigments are used.

Metal oxides and their coloring

The earth colors already mentioned often get their color from the iron oxides they contain. Iron III oxide, also called iron oxide red, is the main component of the natural red earth and gives it a red-orange or deep red color. Iron oxide yellow, on the other hand, as the name suggests, is used as a yellow pigment. Iron-II / III-oxide gives a black color and is also used as a magnetic pigment for data storage or for audio or video tapes.

Manganese oxides in the glass industry

No matter what color you need for your project, we are happy to help.